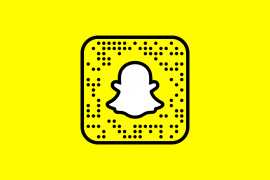 Learn how Snapchat make money to understand the content creation platform even more.

Snapchat is a smartphone mobile application that lets users send and receive images, videos, and messages quickly. While it started as a simple way to share photos that would disappear after its recipient viewed them, it has evolved into more. It now allows people to share video chats live through the app.

People can also use Snapchat to create stories that can be viewed by anyone who follows them. Snapchat is a popular messaging app that allows users to send and receive “snaps” (photos and videos) that self-destruct after a set period. It also offers a variety of other features, such as filters, lenses, bitmojis, and more. While the app is free to download and use, much of the content on Snapchat is monetized.

Snapchat was founded in 2011 by Evan Spiegel and Bobby Murphy. The two were students at Stanford University when they came up with the idea for the app. They originally wanted to create a way for people to send disappearing photos to each other as a way to share secrets. The app quickly gained popularity, especially among young people.

In 2013, the app was reportedly generating around $3 million in advertising revenue per month. However, by 2015, that number had increased to an impressive $200 million per month. In 2016, Snapchat’s revenue continued to grow, reaching $366 million. Finally, in 2017, the app is estimated to have generated $800 million in revenue.

As of May 2019, Snapchat has over 190 million daily active users. The app is particularly popular with millennials and Generation Z. In fact, about 60% of 13- to 34-year-olds in the United States use Snapchat.

What Value Does Snapchat Provide?

One of the reasons that Snapchat is so popular with young people is because it gives them a way to connect and interact without having to reveal too much information about themselves. With Snapchat, they can post photos or videos without worrying that they will end up online forever. They can also have live conversations through the app that won’t be recorded or saved. This allows them to feel more accessible and more comfortable while using the app, which helps explain why it is so popular among younger users.

In addition to providing a way for people to interact privately, Snapchat also offers several features that help people stay connected with their friends and family. The “Stories” feature allows users to create collections of their photos and videos that can be viewed by anyone who follows them. This makes it easy for people to keep up with what their friends and family are doing without constantly messaging or emailing them.

Another way that Snapchat helps people stay connected is through its “Discover” feature. This allows users to subscribe to news and entertainment from their favorite publishers, like CNN or Cosmopolitan. By providing this curated content, Snapchat can help its users stay informed about what is going on around the world without having to spend a lot of time searching for it themselves.

RELATED ARTICLE: Social Networking Service (SNS): What it Means and All You Need to Know.

What Value Does Snapchat Provide to IM Users?

Snapchat provides a valuable service to IM users by offering them a way to privately interact with their friends and family. Many young people are uncomfortable sharing personal information online, so they often use Snapchat as an alternative to social media platforms like Facebook or Instagram. Snapchat’s live video and messaging features allow users to communicate in real-time, which is often more convenient than waiting for a response to an email or text message.

Looking forward, it seems likely that Snapchat will continue to be an essential tool for IM users as the way we communicate continues to evolve. As new technologies like voice and video chat become more widely used, apps like Snapchat that provide those features are likely to become even more popular. In addition, as more people become concerned about their online privacy, Snapchat’s disappearing messages and lack of a public profile will likely continue to be appealing to many users.

Snapchat also provides a valuable service to content creators. The app’s “Stories” feature allows creators to post a collection of their photos and videos that can be viewed by anyone who follows them. This gives content creators a way to reach a larger audience with their work without creating a separate account on another social media platform.

In addition, Snapchat provides several tools to help content creators better manage their accounts and engage with their followers. The app’s analytics features allow creators to track the performance of their posts, helping them make data-driven decisions about what types of content to create. The ability to quickly send messages directly to individual followers gives creators a way to personalize their interactions and build deeper relationships with their audience.

Overall, Snapchat provides significant value to both content creators and IM users by offering them a unique combination of features unavailable through other platforms. Whether you’re looking for a way to connect privately with your friends or attract more followers to your content, Snapchat is a great tool to help you achieve those goals.

How Does Snapchat Make Money?

One of the primary ways that Snapchat makes money is through advertising. The app offers a variety of advertising options to businesses, including Sponsored Lenses, Sponsored Geofilters, and Snap Ads.

Snapchat and its Competition

While Snapchat is one of the most popular social media apps, it is not without its competition. One of the biggest competitors to Snapchat is Instagram, which Facebook owns.

Instagram has a similar story-based format to Snapchat and offers various filters and editing options for photos and videos. In addition, Instagram also introduced its version of Snapchat’s “stories” feature in 2016.

In response, Snapchat has recently begun borrowing features from Instagram as well. Snapchat’s most recent update included a new feature called “Snap Maps,” which lets users see their friend’s and followers’ locations on a map, similar to another popular app called Foursquare.

However, despite this competition from other social media platforms, Snapchat grows in popularity each year. Snapchat is currently one of the most popular social media apps among teenagers and is used by over 150 million people every day.