Galaxy Unpacked is one of Samsung’s most significant events. It is hosted by the technology company twice every year, where they showcase their new and updated devices. It used to be held at CTIA in Las Vegas and later in Barcelona and New York.

However, due to the 2020 COVID-19 pandemic, Samsung’s Galaxy Unpacked has been broadcast live from their headquarters in Suwon, South Korea.

So, being the first of the company’s biannual virtual event in 2022, Samsung fans were highly expectant. And, it is safe to be modest by saying that those expectations were met with the launch of the updated Galaxy S22 versions and the introduction of the Galaxy Tab S8 series.

Related article: How To Get More Views on YouTube Fast | No Paid Promotion Required.

Updates on Samsung Galaxy S22 include improved night photography and video shot advancement. There are cooling and heat dissipation improvements, as heat-generating components are better managed.

Though similar to the Galaxy S21 models, the standard Galaxy S22, the larger-sized Galaxy S22 Plus and the top-spec Samsung Galaxy S22 Ultra are more robust, longer-lasting, and possess improved portrait mode capability.

The S22 display is set up for sharper, more precise, and more balanced images with its Vision Booster technology. Its cameras have better night imaging and an improved portrait mode.

As a replacement to the contrasting colors of the hardware, the S22 standard version, and S22 Plus colors are more matching.

A significant addition is the Gorilla Glass Victus Plus on both sides of the phone. The Gorilla Glass is an upgrade from the simple plastic glass that came with the prior base models.

Some opined that the Galaxy S21 Ultra, having a 6.8-inch screen, should have come with a space for a stylus. With the observation noted, Samsung’s Galaxy S22 Ultra is complete with the S-Pen stylus parked.

The Samsung Galaxy S22 Ultra version replaces the Galaxy Note line. However, it succeeds as the new Galaxy Note with an even greatly improved response time, at 9 ms for the S-Pen stylus.

The camera configuration can be compared to the earlier model, having a 108 mp rear shooter. Its telephoto cam ranges are 3x and 10x, and an ultra-wide. Plus, the quality of the low-light, and portrait mode with depth mapping, are highly improved.

The tablet now has RAW shooting available and a fast charge at 45W. Prices for the Galaxy S22 Ultra begin at $1,199 with 128GB RAM and up to 1TB internal storage. 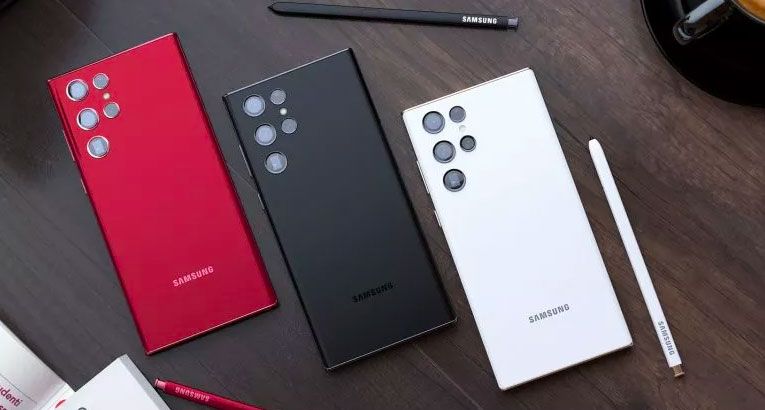 The Samsung Galaxy Tab S8 Ultra, Plus, and Regular runs the Android 12 version. 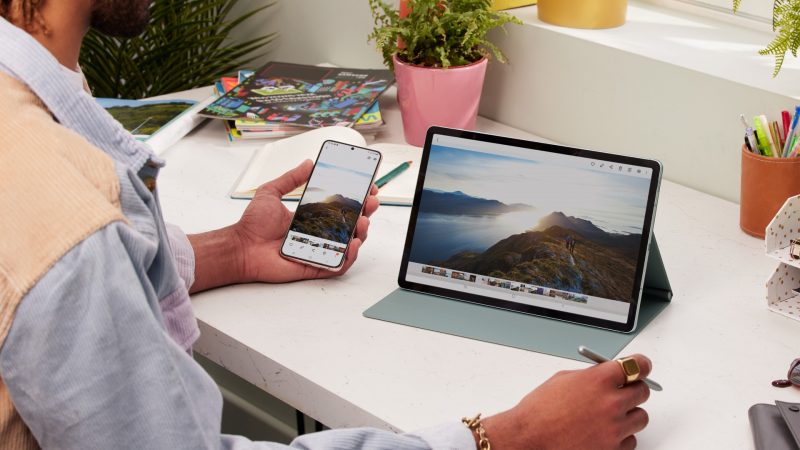 When will the Galaxy S22 be available?

The Samsung Galaxy S22 was launched during its Unpacked event on 9 February 2022. The phone itself will be made officially available on 25 February 2022.

You can, however, preorder the phone right away. A lot of the juiciest preorder specials stop on 24 February 24. So, I guess you will want to get yours quickly.

In what colors does the Galaxy S22 come?

The Samsung Galaxy S22 regular and Galaxy S22 Plus will come in phantom black, phantom white, green, and pink gold.

As for the Galaxy S22 Ultra, it will come in other colors, including phantom black, phantom white, green, and burgundy.

How much does the Galaxy S22 cost?

Because Samsung is releasing three versions of the Galaxy S22, which will vary in storage configurations, the prices will differ. However, base pricing for each model begins at:

Both Samsung Galaxy S22 and Galaxy S22 phones, Regular and the Plus, will be offered in 128GB and 256GB internal storage options, having 8GB of RAM.

Where can I get the best Galaxy S22 deals?

Listed below are some places to order one of the new Galaxy S22’s. Their workability may be dependent on your carrier. You can get up to 12% cashback via Rakuten if you’re a seasoned deal hunter. Samsung’s education website also offers up to $90 off. These deals require verification but are also great for saving a little more on the purchase.

There is nowhere better than the source. Added to the preorder benefit (which ends on 24 February) of getting double the storage for free, Samsung is offering up to $200 less toward some specific accessories.

Verizon deals for new and existing customers allow you to trade in broken and or old phones for new ones. If you don’t want to part with their current device, there are also deals for you.

Amazon gives you a straight and straightforward option to buy the Galaxy S22 outrightly to own it. They offer even the unlocked versions of all three phones available for preorder right now, plus the free storage upgrades.

You can save up to $800 with a trade-in at AT&T. AT&T will be accepting select phones in any condition as a trade-in. Even if your trade-in phone is broken or does not come on, it may be eligible for a trade-in.

But, if you’re not on a Magenta MAX plan, T-Mobile offers up to $500 off any of the new Galaxy S22 phones when you trade in an eligible device. Both these options use bill credits covering twenty-four months.

Also, T-Mobile offers a BOGOF deal to those who choose the Galaxy S22. You get another one for free (or up to $800 off a Galaxy S22 Plus or Galaxy S22 Ultra or another eligible device). You who may not have a trade-in device should consider this a great deal.

Other latest news on Samsung?

Samsung has continued its trend of liaison with Google to launch features on its phones first. On your Samsung Galaxy S22 and Tab S8 series, you can watch YouTube videos live with friends and colleagues using Google duo. With this, have remote watch parties for YouTube inside Google Duo and a YouTube Premium trial. Samsung says that Google Assistant support would soon be on it’s way to the Galaxy Watch 4. 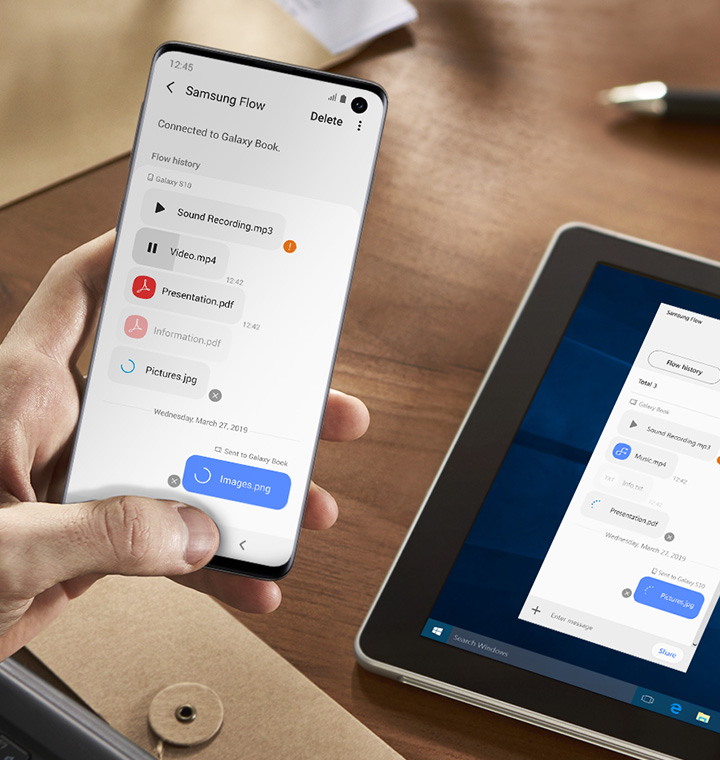 Use Samsung Flow to transfer files to your Galaxy tablet and see phone alerts while you work on your Windows PC. Conveniently connect your phone to a Windows 10 or 11 PC, or Galaxy tablet. Transfer photos, screen-mirror your phone, and do much more.

You may also like to read, Fastest and cheapest internet provider in the US in 2022 – LocalTel.