Twitter is one social media platform that we all love to you, but if you are not aware, the Twitter suspension is real; ask @realDonaldTrump. Often referred to as the Twitter jail, the social media giant regularly disciplines accounts that violate its user policies. While it takes time to build an excellent Twitter profile and amass thousands of followers, you can lose all in the blink of an eye.

Generally, Twitter may temporarily or permanently suspend a user’s account from using its social networking service. While the platform strives to be fair with applying its own rules, many controversies have been. Also, getting your account back from Twitter suspension is an arduous task but not impossible.

Not many take their time to read through the user agreement and the terms and conditions associated with using social media platforms. According to Twitter, “Our rules are to ensure all people can participate in the public conversation freely and safely.” For simplicity and clarity, the platform divides its rules into three categories:

Online safety is a rising concern for just about anyone; this is why social media platforms are taking steps to help protect users of its platform. If your account glorifies violence, promotes terrorism or violent extremism, then you are risking Twitter suspension permanently. Twitter does not allow its users to threaten violence against any individual or group of people. The platform does not allow its users to affiliate with or promote illicit activities of any terrorist organization or violent extremist group.

Twitter considers child sexual exploitation one of the gravest violations of its rules. Your account risks suspension if you share or promote any content such as media, text, or illustrated images depicting child sexual activities. Likewise, the platform does not tolerate posts that wish, promote, or express intent to commit serious harm or death against any individual or group of people.

Twitter also does not allow contents portraying hateful conduct or racism, such as malicious images or symbols. You can’t also encourage suicide or self-harm; you risk the platform suspending your account if you do. Sensitive content such as graphic violence and adult content is under strict regulation on the forum. You cannot post such content within a live video or in profile or header images.

On Twitter, selling illegal goods and services such as weapons, drugs, products made from endangered or protected species is against the rules.

Twitter is strict when it comes to enforcing this section of its rules. You can’t post or share explicit images or videos taken appear to have been taken or transmitted without the consent of those involved. This rule covers everything from hidden camera content containing sexual acts, nudity, or partial nudity. This also applies to images or videos that have elements of digitally manipulation in them. For instance, you cannot post contents with an individual’s face on another person’s nude photo.

Except you have the person’s permission, it is against the rules to share someone’s home address, contact information, non-public personal phone numbers, or email addresses. Other information such as medical records, bank account, and credit card details cannot be shared.

This is the third section of the Twitter rule book that you need to understand. If you drive traffic from Twitter to other platforms, websites, or services, you will be considered violating twitter’s term of use. This is often referred to as commercially-motivated spam.

Twitter does not allow its platform to manipulate or interfere in elections or other civic processes. To this end, you cannot share contents that may mislead people or suppress their participation in an election or any civic process. Impersonation is also a ground for suspension on the Twitter platform.

Use your account to post contents that have been manipulated or edited in such a way that it alters its fundamental composition, sequence, or framing. Such a handle risks getting suspension. A famous example of an account that got the boot is former U.S. President Donald Trump’s; @realDonaldTrump. In the late period of his tenure, many of his tweets were labeled as “manipulated media.” Twitter takes copyrights and trademarks seriously, and if you violate others’ intellectual property rights, you will be suspended.

Related article: How To Get More Views on YouTube Fast | No Paid Promotion Required.

Former U.S. President Donald Trump has always been controversial with his speech, and his presence on Twitter was no different. Trump joined the platform in May 2009, and within his 12-year use of the platform, he tweeted around 57,000 times, with nearly half of those coming during his presidency. At the peak of his tweeting period, his handle @realDonaldTrump had over 88.9 million followers, and The White House asked that tweets from the account be considered official statements. 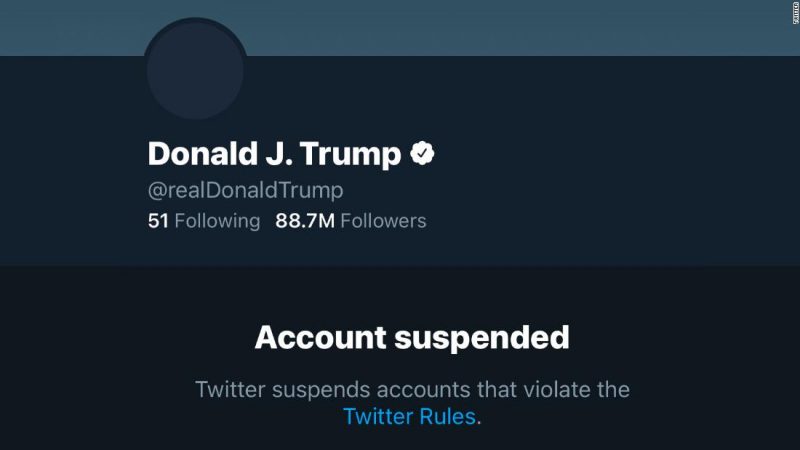 Trump had a long run-in with virtually all social media platforms he actively uses, and in November 2017, his personal Twitter account was deactivated for eleven minutes. While his personal account was offline, the official @POTUS account remained online. In his usual style, Trump labeled the staff responsible for his suspension Bahtiyar Duysak, as a “rogue employee.”

On January 6, 2021, Trump uploaded a video message on several platforms where he stated falsely that the presidential election had been hijacked. Almost immediately, the video was labeled as violating site policies on “civil integrity” and election misinformation and was subsequently removed by Twitter, Facebook, and YouTube. Twitter suspended the then President’s account for twelve hours with a threat to permanently disable the profile for “repeated and severe violations of our Civic Integrity policy.” 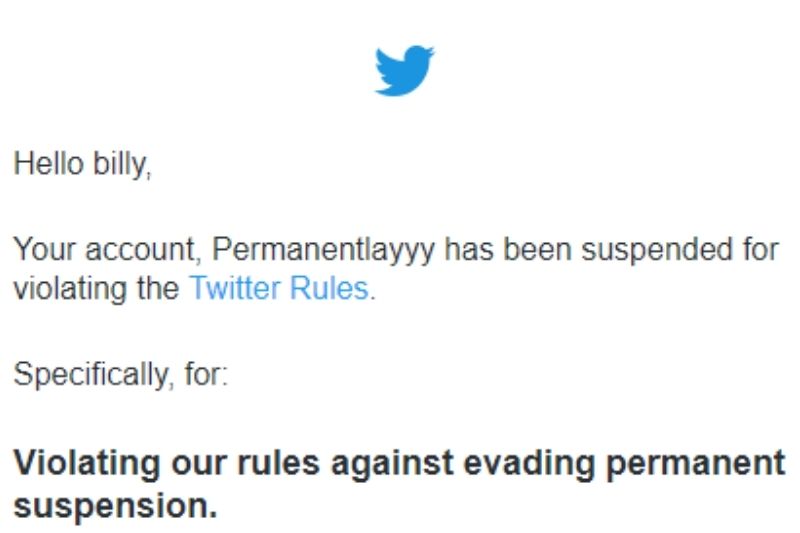 Here is a list of the top 20 accounts that the social media giant gave the boot:

The former U.S. President’s account was permanently suspended for violating Twitter’s Civic Integrity policy. The President’s tweets allegedly incited his supporters’ storming of the U.S. Capitol. At the time of suspension, his account had 88,783,411 followers.

The Nigerian President had his account temporarily suspended for 12 hours. This came after users claimed his tweet fueled violence against the Igbo tribe in his country. The offending tweet invoked the violence of the Nigerian Civil War while addressing the separatist group Indigenous People of Biafra.

Indian actress and staunch supporter of the Bharatiya Janata Party had her account temporarily suspended for a tweet that read in part-“time to take their heads off.”

5. Chinese Embassy in the U.S. (@ChineseEmbinUS)

The Chinese government agency’s account was temporarily suspended for violating Twitter’s policy against “dehumanization of a group of people based on their religion, age, disability, national origin, race, or ethnicity.”

American Pillow manufacturing company had its account permanently banned after allowing its suspended CEO to tweet using its handle. This violated Twitter’s policy on ban evasion.

The English comedian had his Twitter account suspended temporarily after tweeting a sexual joke about teenage climate activist Greta Thunberg.

After violating twitter’s manipulation policy, the Irish journalist and columnist had his account permanently suspended alongside nine others linked to him.

The News aggregate account was permanently disabled after violating Twitter’s rules against platform manipulation and spam.

The Brazilian businessman’s Twitter account was first permanently suspended before being reinstated. The suspension came in obedience to a court order issued by the Supreme Federal Court trying to combat fake news in Brazil. Luciano Hang had his account reinstated 72 hours later.

The Supreme Leader of Iran had one of his accounts permanently suspended after tweeting an animation aimed at former U.S. President Donald Trump in revenge for the assassination of Qasem Soleimani in 2020.

The Bot account was suspended permanently for automatically responding and providing solutions to Tweets regarding Wordle games. This was in violation of the platform’s rules on automation surrounding sending of unsolicited mentions.

This account focused mainly on the sex trafficking trial of Ghislaine Maxwell and was subsequently banned permanently for breaking the rules against platform manipulation and spamming.

The American rapper had her account temporarily suspended for posting misinformation about COVID-19.

The three fake news accounts got the platform’s suspension permanently for sharing a fake story about a non-existent CNN journalist. Tweets from the accounts claimed the journalist was killed by the Taliban after the Fall of Kabul.

The fake account impersonating Cormac McCarthy was created by California Republican candidate Daniel Watts. It was given the boots permanently after complaints to Twitter by McCarthy’s agent.

While we all want to enjoy the services of our favorite social media platform, the threat of Twitter suspension often comes to mind. Don’t be like @realDonaldTrump; that said, here are a few things you can do if you wish to avoid suspension:

Twitter remains a beloved social networking service that we all love to use. The platform allows for seamless interaction with friends, family, and fans from all over the world. Twitter suspension serves as a means of keeping users in check, and if you violate its rules, it won’t hesitate to throw you in its jail. Above are snippets to Twitter guidelines and tips on avoid Twitter suspension. Also, you can learn from 20 accounts that got the boots for various offenses on the platform, with the most prominent being @realDonaldTrump.